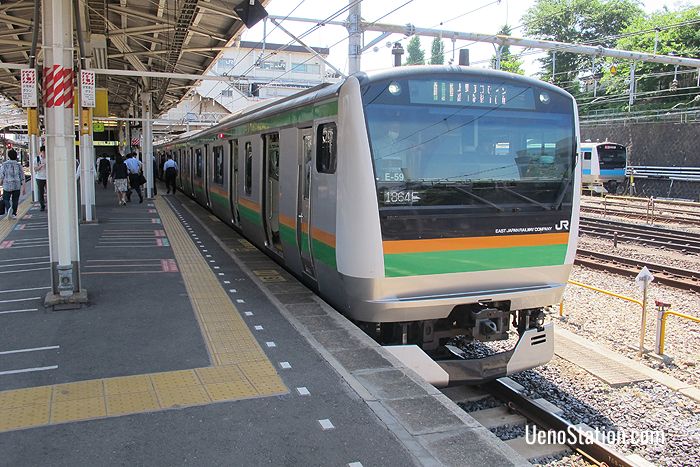 There are 19 stations on the Takasaki Line itself:

The key destinations on this route are listed below with information on their main attractions and transfer points. Fares and example train times given from JR Ueno Station. 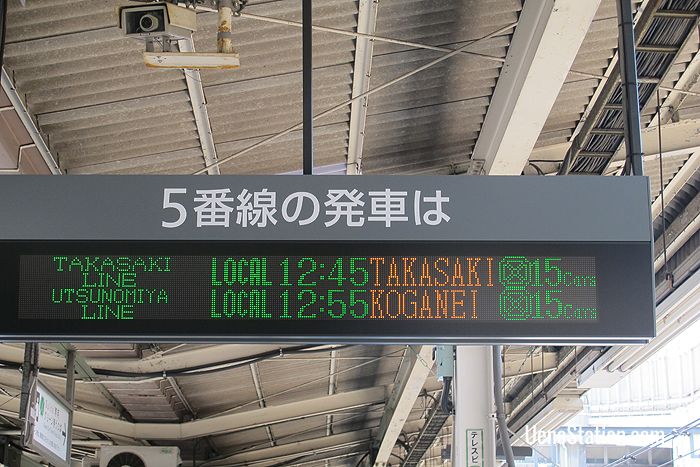 Ueno’s attractions include a large number of museums and art galleries in the grounds of Ueno Park, the pandas in Ueno Zoo, and bargain shopping in the Ameya-yokocho shopping arcade.

Akabane Nature Observation Park is a 14 minute walk from Akabane Station. The park features wetlands and woodland with native species of trees and also has a barbecue site.

Gyoda is a city in northern Saitama Prefecture with a number of interesting and unusual attractions.

The main attraction in Kumagaya is the Menuma Shodenzan Temple which was first established in the 12th century. The current buildings date from the 17th century and feature elaborate and colorful carvings. One famous carving shows an eagle rescuing a monkey from a waterfall and is believed to be by the artist Hidari Jingoro who also carved the three monkeys in Nikko. Kumagaya also hosts a major summer festival every July 20th to 22nd called Uchiwa Matsuri, or paper fan festival.
Transfers can be made here to the Joetsu Shinkansen, the Hokuriku Shinkansen, and the Chichibu Main Line.

Takasaki’s top attraction is a giant statue of the Goddess of Mercy called the Byakue Dai-Kannon. You can actually climb to the top of this 41.8 meter high statue to take in the view of the entire city. Also in Takasaki is the Gunma Museum of Modern Art which has a fine collection of classical Japanese and Chinese art, and also displays more contemporary Japanese and Western art which includes paintings, textiles and calligraphy. The museum building is a modernist structure designed by the architect, Arata Isozaki. Takasaki is famous for the production of “Daruma” tumbling dolls and a large Daruma doll market is held at Shorinzan Darumaji Temple every January 6th and 7th. This temple also has a large collection of Daruma dolls on permanent display. The remaining structures of the 15th century Takasaki Castle are located just 14 minutes’ walk from Takasaki Station and are worth a look if you have the time.

The city of Takasaki is close to the popular scenic locations of Mount Haruna and Lake Haruna. The 1,449 meter high mountain is famous for its perfectly symmetrical shape. A ropeway leads to the top of the mountain, and visitors can enjoy hiking, boating activities on the lake, or visit ancient Haruna Jinja Shrine which dates from 586. Harunako Onsen Yusuge is a popular hot spring resort hotel with rooms overlooking the lake. To get to Mount Haruna you can take a Gunma Bus service from Takasaki Station to Harunako-machi. The journey takes around 90 minutes and costs 1,310 yen.

Transfers can be made at Takasaki Station to JR East’s Agatsuma Line, Hachiko Line, Joetsu Line, and Ryomo Line. Transfers can also be made here to the Joetsu Shinkansen, the Hokuriku Shinkansen, and the Joshin Electric Railway Line. 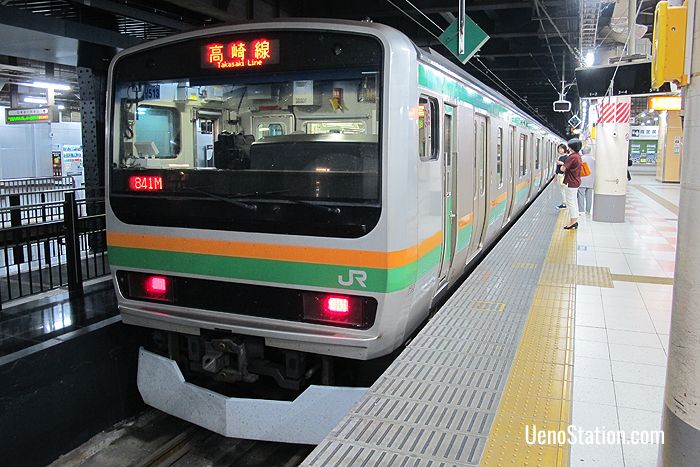 To plan your journey via the Takasaki Line use English language route finders like the Japan Transit Planner or Hyperdia. JR East has a PDF route map of their railway network in which the Takasaki Line is numbered 18.