The Ueno-Tokyo Line is a railway line operated by JR East that provides a direct link between JR Ueno Station and Tokyo Station. The line opened in March 2015 and provides an extension for services that previously stopped at the Ueno or Tokyo stations. Through services running south to Ueno on the Utsunomiya Line, the Takasaki Line, and the Joban Line can now continue on to Tokyo and then further south to destinations on the Tokaido Main Line such as Shinagawa and Yokohama. In the same way Tokaido Main Line services running north to Tokyo station can now continue on to Ueno. 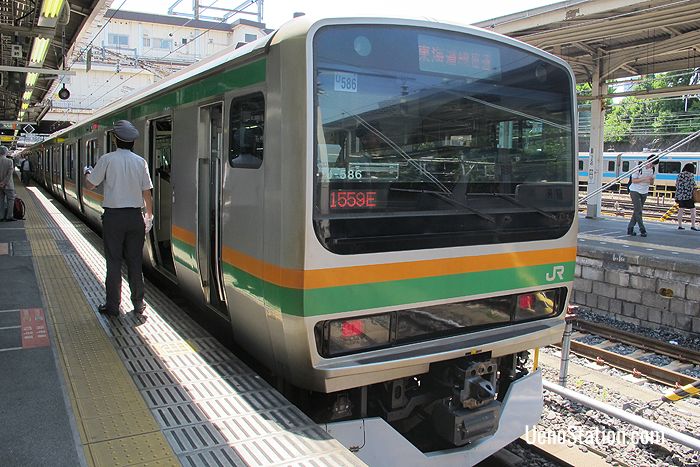 Strictly speaking the Ueno-Tokyo Line runs between just two stations: Ueno and Tokyo. However, because services from Ueno continue beyond Tokyo Station, this line actually provides a connection between JR Ueno Station and destinations on the Tokaido Main Line as far south as Atami. Local services bound for Atami will stop at all of the following Tokaido Main Line stations.

The key destinations of Tokyo, Shinagawa, Yokohama, Odawara, and Atami are listed below with fares and example local train times given from JR Ueno Station. 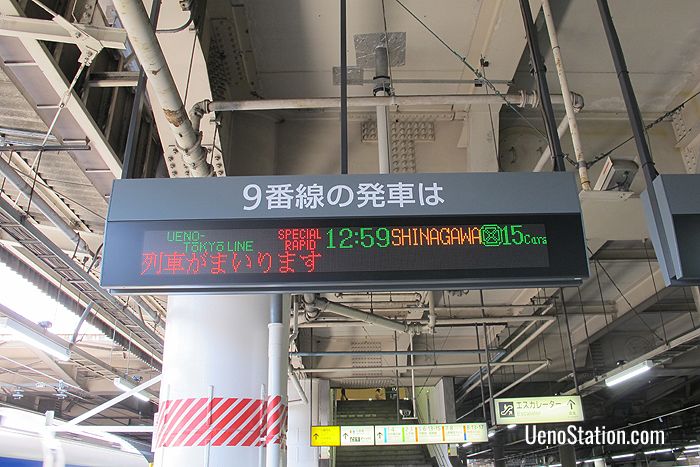 Tokyo Station is convenient for the Imperial Palace, some gardens of which are accessible to the public. The nearby Mitsubishi Ichigokan Museum exhibits 19th century European art in a Queen Anne style building dating from 1894. The Marunouchi district on the west side of the station is a commercial district with many high rise buildings packed with shops, cafes, and restaurants.

Tokyo Station has two main exits: the Marunouchi Exit on its west side and the Yaesu Exit on its east side. The station’s original red brick façade which dates from 1914 is visible on the Marunouchi side. The Yaesu side is more contemporary and opens onto the shopping and dining facilities of Tokyo Station City. Highway bus terminals are on the Yaesu side of the station. 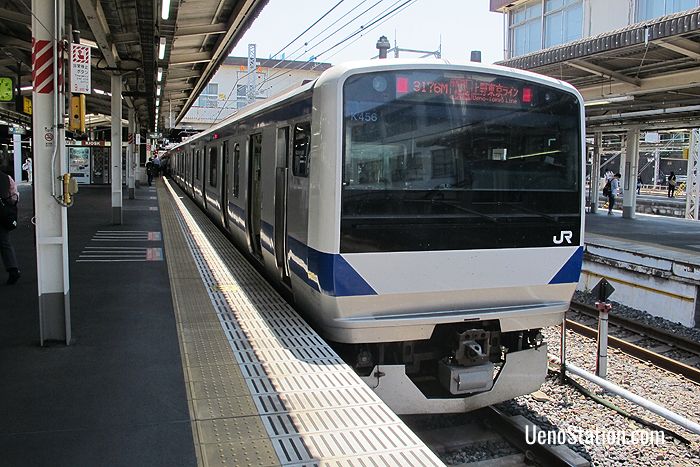 There are a variety of attractions within walking distance of Shinagawa Station.

Transfer here to the JR Yamanote Line, the JR Yokosuka Line, the JR Tokaido Line, the Tokaido Shinkansen, and the Keikyu Main Line.

Yokohama is a seaside city and the capital of Kanagawa Prefecture. Sightseeing attractions here include Yokohama Chinatown, the Sankeien landscape garden, the Minato Mirai harbor district with its many towering skyscrapers and observatories, the Cosmo amusement park and waterfront Ferris wheel, and the historic western style residences of the Yamate district.

Odawara’s top attraction is its castle. A castle was first built here in the 15th century but the current Odawara Castle is a reconstruction which dates from 1960. Inside the castle is a museum with interactive historical displays and there are excellent views over the city from the top floor observation deck. Odawara Castle Park is a popular cherry blossom viewing location in the spring. The castle a ten minute walk south of Odawara Station’s east exit.

Other attractions in Odawara include:

Odawara is also known as the gateway to the Hakone resort area and to reach it you can transfer to the Hakone Tozan Line at Odawara Station. Other transfers are to the Tokaido Shinkansen, the Odakyu Odawara Line, and Izu-Hakone Railway’s Daiyuzan Line.

Atami is a popular seaside hot spring resort town on the coast of the Izu Peninsula. Aside from hot spring baths, high rise hotels, and traditional ryokan style inns Atami’s attractions include:

To plan your journey via the Ueno-Tokyo Line use English language route finders like the Japan Transit Planner or Hyperdia. JR East has a PDF route map of their railway network in which all Ueno-Tokyo Line service routes are colored purple.