Kuroda Memorial Hall is a small art museum located just outside Ueno Park which exhibits the art of Western-style painter Kuroda Seiki (1866 – 1924). Technically this museum is a branch of the nearby Tokyo National Museum. However, the Kuroda Memorial Hall is located outside the Tokyo National Museum’s grounds, and it is also completely free to enter it and view the art inside. 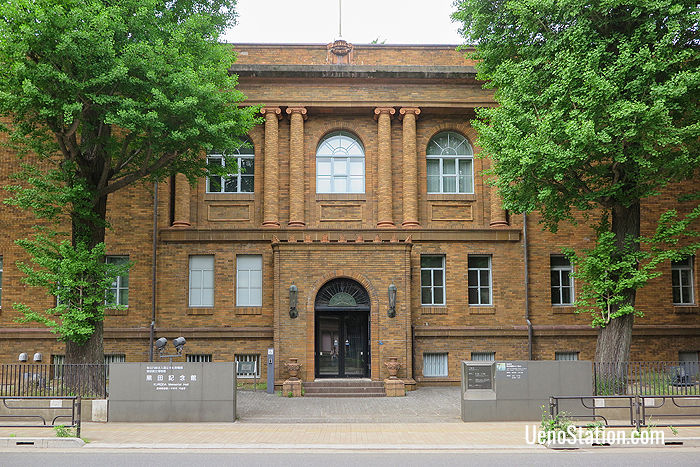 Kuroda Seiki is known as the “father of modern Western-style painting in Japan.” Born in Kagoshima, he grew up in Kyoto, and at the age of 17 he travelled to France to study law. In France, however, he discovered his love of painting and decided to switch careers. He studied painting academically for nine years in France before returning to Japan in 1893. Kuroda brought back with him a style heavily influenced by Impressionism that incorporated bright outdoor light into his paintings and a more liberal artistic philosophy.

Kuroda’s paintings became highly influential on the Japanese art scene and he became an instructor in Western-style painting at the Tokyo Art School where he encouraged and taught many new talented artists. The Kuroda Memorial Hall was built after his death with funds that he had left in his will. 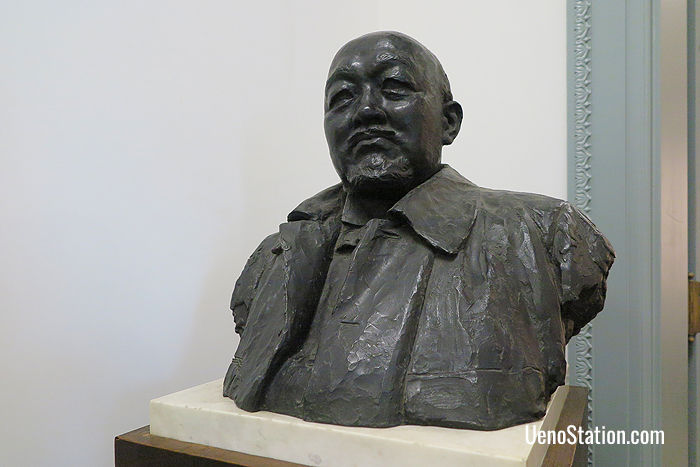 A bronze bust of Kuroda Seiki by Takamura Kotaro, 1932

The Kuroda Memorial Hall was designed by the architect Okada Shinichiro (1883 – 1932) and completed in 1928. A rare survivor of Okada’s work, the building is notable for its textured roof tiles, for the Ionic columns above the entrance, and for the Art-Nouveau style handrails on the interior staircase. It was designated as a national Tangible Cultural Property in 2002. 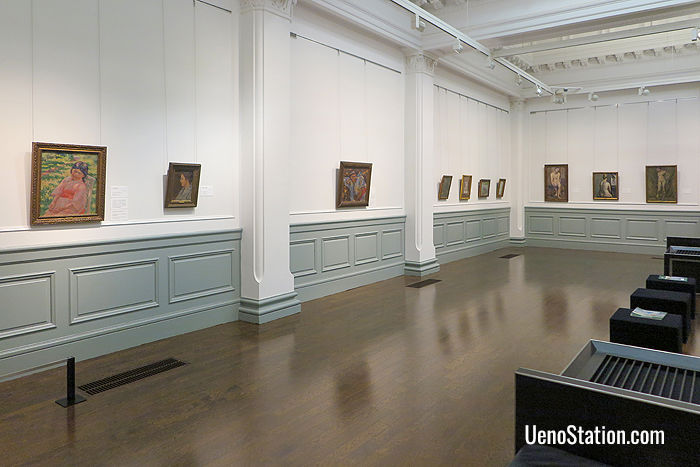 The Hall’s collection includes 126 oil paintings, 170 drawings, along with sketchbooks, letters and other objects, such as the tools Kuroda used to create his paintings. Although the Hall is open throughout the year, the Highlights Gallery, which shows Kuroda’s most representative works, is only open three times a year for two weeks at a time, in January, Spring, and Autumn. For this year’s dates please see the official Kuroda Memorial Hall website. 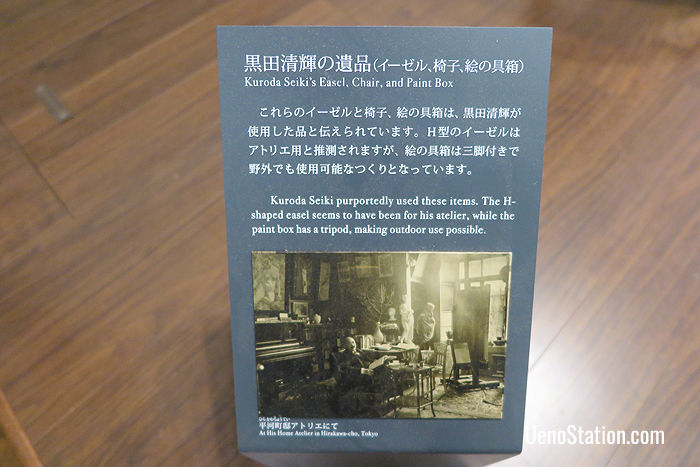 The easel and paint box used by Kuroda Seiki

The Hall has a souvenir shop on the 1st floor with art books, prints, and postcards. 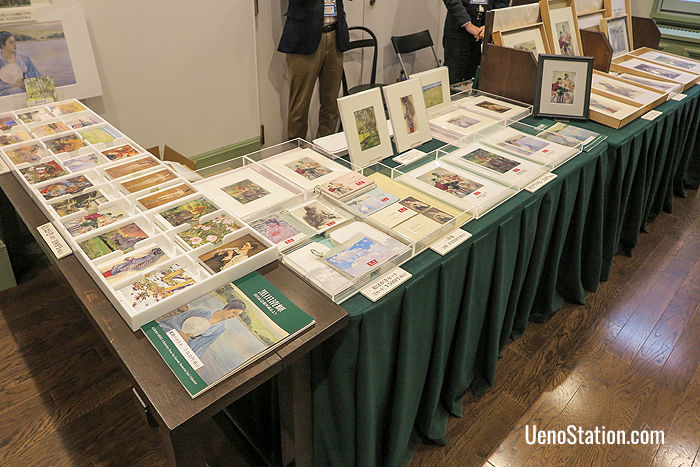 Items on sale in the museum shop

Also on the 1st floor is a popular café which serves a good range of sandwiches and drip coffee. The Ueshima Café is open from 7.30 to 20.00 on weekdays and from 8.00 to 19.00 on weekends and holidays. 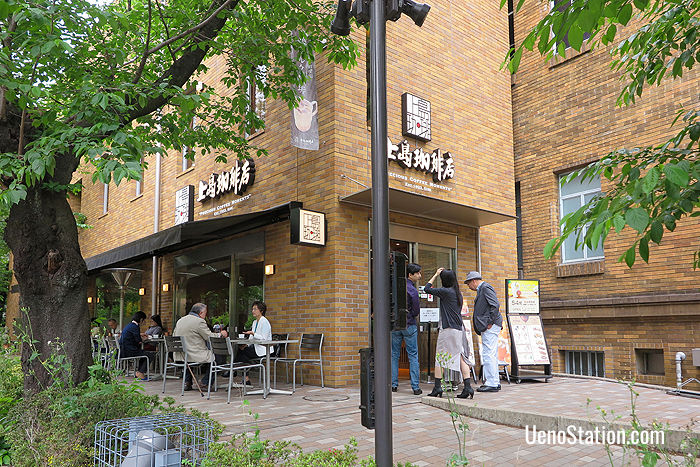 Kuroda Memorial Hall is just outside the western exit of Ueno Park. It is a 9 minute walk from the Park Exit of JR Ueno Station, 12 minutes from Keisei Ueno Station, and 12 minutes from Ueno Subway Station on the Tokyo Metro Ginza and Hibiya lines. Here is a map showing the museum’s location.

Opening Hours: 9.30 – 17.00 (Last entry: 16.30)
Closed: Mondays and year-end holidays (when Monday is a national holiday the Hall will open and close on the following Tuesday instead)
Admission: Free