Jomyoin is a Buddhist temple located to the north of Ueno Park which is notable for having over 20,000 stone statues of Jizo, the patron deity of children and travelers. Statues of Jizo are common in Japan and can be seen in the grounds of many temples and often by the side of the road. However, Jomyoin Temple is unusual because you can see so many Jizo statues in one place. 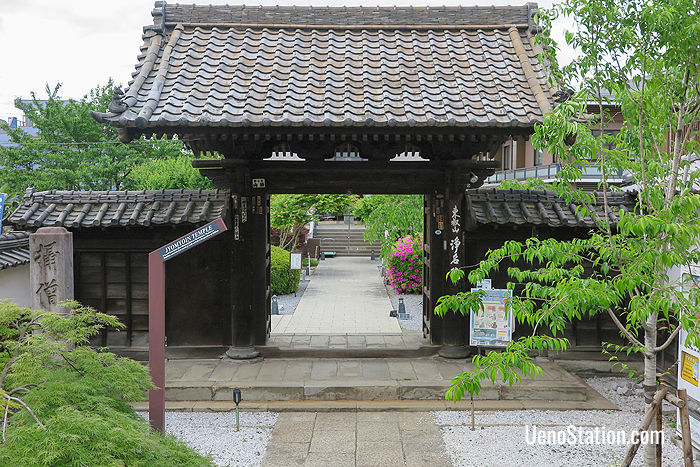 Jomyoin was founded in 1666 and originally called Joenin, but its name was changed to Jomyoin in 1723. 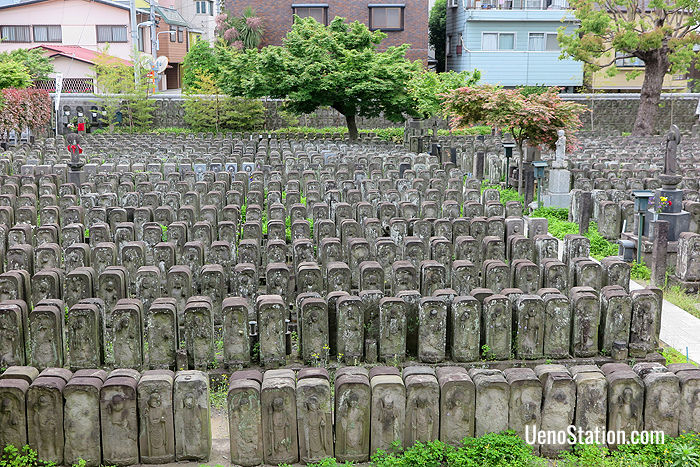 The Jizo images at Jomyoin are set up in parallel rows

In 1876, a monk called Myoun became the 38th chief priest of this temple. He had a special devotion to Jizo and made a vow to set up 1,000 stone Jizo images in the deity’s honor. After having accomplished this number he then set himself a new goal – of 84,000 statues! 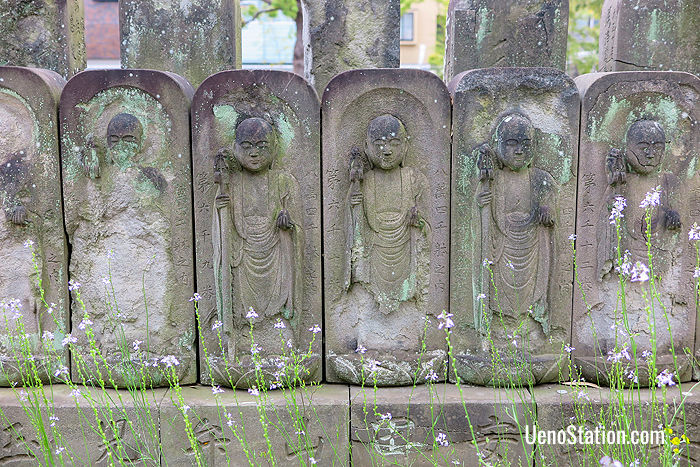 A closer look at the images

The number 84,000 is considered symbolic in Buddhist tradition, and is generally used to express the idea of “a great many”. The historical Buddha for example, is said to have given 84,000 teachings. When Myoun set himself the goal of 84,000 statues he was in reality setting himself an endless task. This is why even though the actual number of statues in Jomyoin is closer to 25,000 they are still called “the eighty-four thousand jizos”. 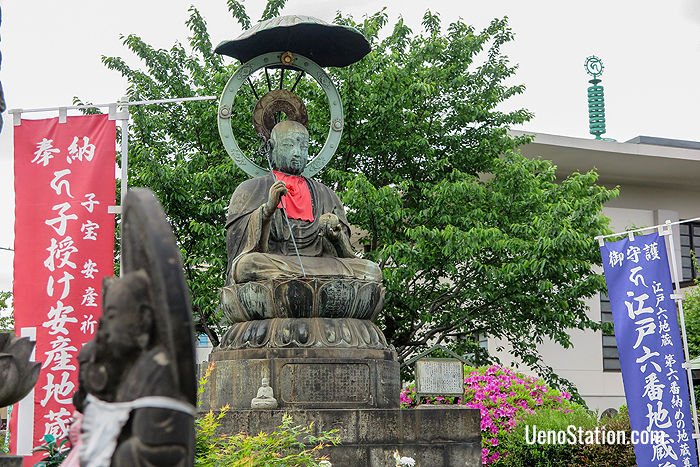 The bronze statue of Jizo

Also on the temple grounds is a large bronze statue of Jizo that was erected in 1906 as a memorial for those who died in the Russo-Japanese War (1904-5). 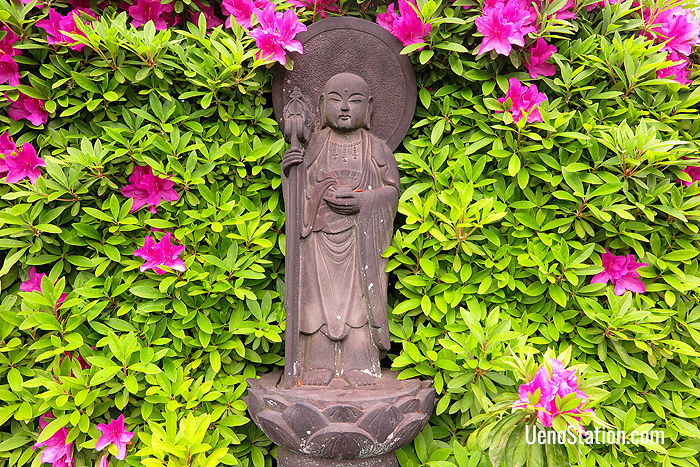 Jizo among the azaleas

Jizo is seen as a guardian for children who die young, so he is often shown holding a child, or decorated with red clothing. The color red is believed to guard against evil spirits and sickness, and the clothing is meant to bring comfort to the souls of lost children. 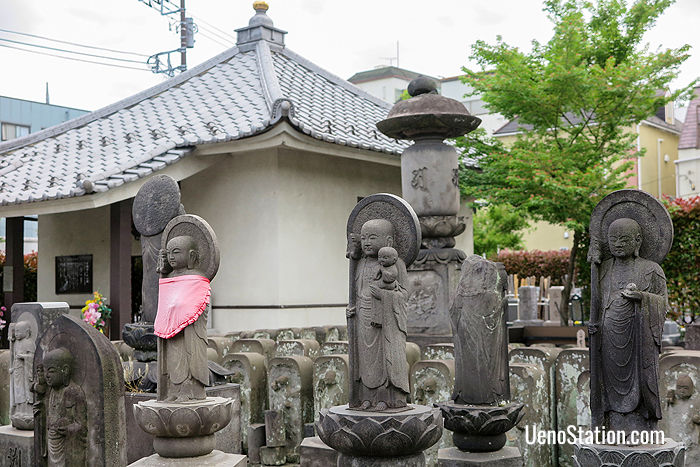 Different Jizo statues, one holding a child and another with a red bib

Jomyoin is located on the north side of Ueno Park. It is an 8 minute walk from Uguisudani Station on the JR Keihintohoku and Yamanote lines, and a 15 minute walk from the Park Exit of JR Ueno Station.

A visit to Jomyoin can be easily combined with a visit to Kaneiji Temple which is just 3 minutes away on foot. Here is a map showing Jomyoin’s location.